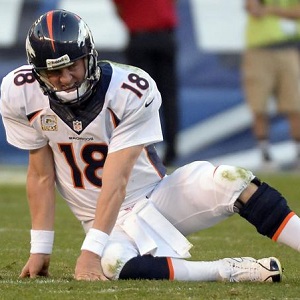 More (Yes, more, part 1 is here)of the worst performances so far in the 2015 season, we are over the first half of the season and the performances have been record breaking in the positive side and also the dreadful negative side.

How can the Browns expect to develop a Johnny Manziel, or any player that they put as quarterback, to win games, to throw more TDs than picks and ultimately to win championships, if they cannot even produce a positive yard number with their running backs in consecutive games.

Not much more to say, the Browns running game is one of the worst seen in the NFL, Crowell should not be starter in a league team. Cleveland needs someone who knows how to move the ball and also be able to remove some pressure of his quarterback in 2016.

Seemed that McFadden was on the right track and was in the way for the starting position in Dallas after a couple of good performances in weeks past, but against Tampa Bay the Raider gave some steps back, in 17 attempts managed only 32 total yards, his longest carry was a seven yard one and in fact only made 20 yards after first contact.

So far in the season and Winston has not had a terrible performance, and has demonstrated interesting skills towards his potential future, with confidence in his arm, which sometimes is not something positive, as this weekend against Dallas. Winston threw two interceptions that were clearly unnecessary, when trying to throw the ball in overly complicated coverages aside from the fact he failed to score any touchdown. Those two picks almost cost Tampa Bay the game.

One of the problems with the Seahawks this season is that its defensive has lost one or another step in their campaign, and was demonstrated this week by Arizona, who managed to destroy the group in both rushing and passing. The 450 total yards and 39 points received makes clear adjustments have not been sufficient.

The fact that a team with a 1-7 record is able to beat them is already quite sultry, but to be the third consecutive defeat as a favorite and the way in which they is lost is horrible in itself, Detroit converted 5 out of 16 third down opportunities, lost the ball twice , missed two extras points and still the Lions managed their first victory in Green Bay in many years, leaving the Packers with only three points in 55 minutes of play.