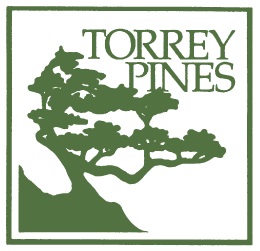 The beautiful Torrey Pines golf course sits right on the rocky Pacific Ocean coast and is one of the most spectacular set of links on the PGA venue and one of the favorite, and most challenging, courses of many a pro golfer. Phil Mickelson for one has play there each year for the past 24 years and even won there a few times.

After the monumental breakdown by tournament favorite Tiger Woods on Saturday, there were almost no recognizable names in the top ten at the end of round three.  Not that recognizable to the casual golf fan anyway. These youngsters have been coming along for some time now and their progress has not gone unnoticed.

What was a little weird at the start of play on Sunday was that there was no Tiger Woods. He was there for the first three rounds but his uncharacteristically poor performance on Saturday was enough for Tiger to not make the final cut for the first time that most of us can remember.

Woods did tell reporters early in the week that he hadn’t seen Torrey Pines this tough since he won the U.S. Open there back in 2008. It’s not an easy course.

But the Farmer’s Insurance Open for 2014 was all about the younger golfers.  Phil Mickelson and Brandt Snedeker were eliminated after the second round and then Woods went after the third. Tiger went off at 5-to-2, Mickelson at 12-to-1 and Sendeker at 20-to-1. They were the three top favorites and none of them teed off on Sunday for the final round at Torrey Pines.

Young Jason Spieth held a one stroke lead after the second round on Friday but found himself one stroke down to Woodland at the end of the third. Marc Leishman hung in there during the first three rounds by doing nothing at all spectacular but turning in mostly pars with his birdies balancing his few bogeys. “If you let bogeys worry you on that course, it’s going to be a pretty long day.  You don’t have to do a whole lot wrong to have a bogey.”