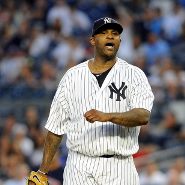 The magic number for the New York Yankees is down to three and, as they welcome the Baltimore Orioles for a three-game series, they’ll look to secure a postseason berth for the second year in a row.

The Yankees just took two of three games against the Boston Red Sox but need to rebound as they lost the series finale 11-6 and have lost six of their last ten games.

The ugly season continues for the Orioles as they have lost seven of their last 10 games and the last six series they have played. The last time the Orioles won a series was between August 27 and 29 when they defeated the Toronto Blue Jays in three straight games.

The home run onslaught has continued all season as the Bronx Bombers now sit at 247 and have set the franchise record for most homers in a season set by the 2012 Yankees.

Luke Voit’s 10 home run as a Yankee on Thursday night also made him the 12th Yankee this season to reach the double-digit home run plateau, setting a major league record.

The Yankees have 13 long balls on their current homestand and will look for more against a Baltimore pitching staff that has allowed the most home runs in the American League this season.

On Friday night it will be C.C. Sabathia facing off against former Yankees prospect Yefry Ramirez. A healthy Sabathia is looking to continue his solid statistical year as he’s pitching to a 3.80 ERA with 130 strikeouts in 27 starts.

Lance Lynn will take the mound in game 2, opposite David Hess. In two outings against Baltimore this season, Lynn has been lights out as he’s pitched to a 0.87 ERA, with eight strikeouts and just two walks in 10.1 innings of work.

In the final home game of the regular season, left-handed pitcher J.A. Happ gets the starting nod against Alex Cobb. Since making his Yankees debut on July 29 Happ has bolstered the rotation leading the group in wins (6-0), a 2.39 ERA and a .216 opponents’ batting average.

The Yankees will try to punch their postseason ticket before heading on the road to play the last two series of the regular season against the Tampa Bay Rays and Red Sox.