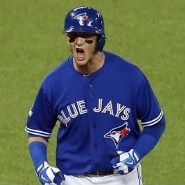 The New York Yankees today have added some depth to their infield after agreeing to a one-year deal with five-time All-star shortstop Troy Tulowitzki.

While the Yankees are still in the running for free agent shortstop Manny Machado, the 34-year-old Tulowitzki is a player that adds experience at the position while Didi Gregorius recovers from Tommy John surgery.

After nine-plus stellar seasons with the Rockies, he was shipped to Toronto where his career took a hit due to multiple injuries.

The right-handed infielder only saw action in 66 games the last two years with the Blue Jays (he missed the entire 2018 campaign) and he eventually had surgeries in both heels to remove bone spurs. Despite that, Yankee scouts reportedly were impressed during a December workout in which Tulowitzki showed promising mobility.

Defensively he’s a two-time Gold Glove winner and should provide good competition for the top shortstop position during Spring training before Gregorius returns to the team around the All-star break.

Even if he fails to become the full-time shortstop for the Yankees his presence and .985 career field percentage could become a valuable asset by providing infield depth and experience during the Yankees postseason chase and an eventual playoff run.