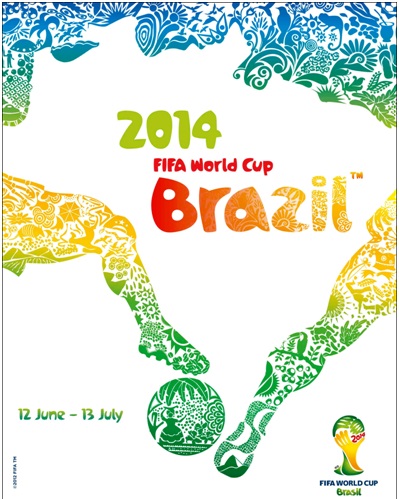 The whole world is looking to Brazil for the 2014 World Cup competitions in June but doubt has begun to arise as to whether the huge South American country will be ready in time to answer the call.

There are now fewer than 200 days remaining until the games are scheduled to get underway and critics are pointing out that the preparations are way behind schedule and that time is running out.

The problems actually go much deeper that building football stadiums.  Brazil is spending literally billions on preparations for the big event which is held only every four years in a selected location.  Large segments of the population are protesting the expenditures saying that the country has far more pressing issues to attend to and that so much money spent on the World Cup is just not realistic.

Now the powers that be down in Brazil have had over 6 years to complete preparations since FIFA announced that the country would host the World Cup event for the second time.

Soccer fans in Brazil…not to mention the sports media…have been hoping that the excitement of some of the world’s best players coming to Brazil to compete would overshadow some of the public disappointment of yet another failure by the Brazilian government to properly organize a major sporting event.

Confidence was eroded last June when, in preparation for the World Cup competition, Brazil hosted the Confederations Cup which featured eight invited teams from around the world and was seen as a prelude to the big event.

As the games got underway, protests broke out all over Brazil… which made news headlines around the world.  The major protests were around the new stadiums that the government is building for the World Cup and spending billions in local currency which the protesters insisted could be put to better use.

As the big games draw closer, there is much concern that the protesters will take to the streets once again… this time with a much larger world audience… and continue their cause on an international forum.

The gravity of the situation became abundantly apparent last week when one of the major new stadiums being built for the World Cup collapsed during construction, killing two workers and injuring scores more.

But the games are indeed coming to Brazil in June… ready or not… and 200 million Brazilians will be out in force to cheer on their team to yet another World Cup Title.