Home » Sports News » Will the Raiders reach the Playoffs?

Will the Raiders reach the Playoffs?

Posted on November 7, 2015 by admin in Sports News 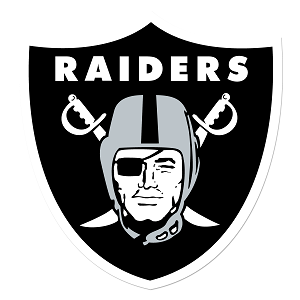 Undoubtedly one of the biggest surprises of the NFL season is the Oakland Raiders. Hand in hand with an efficient offense and opportunistic defense and with a 4-3 record they are in control for a place in the AFC Playoffs.

Maybe it’s time to believe in the Raiders and we will see that the lack of playoffs campaigns (since 2002) will end this year. The main reason is called Derek Carr, who this year has established himself not only as the best quarterback of his generation, but he is playing as one of the best 5-7 QBs in the NFL.

If we add an effective offense and a defense that while not dominant knows how to exploit their rivals mistakes, we can expect Oakland to qualify without much trouble as the best wildcard team in the AFC.

This year they are just getting started and there’s no doubt that in a few seasons from now they will become one of the best teams in the NFL.

This is not a great team at the moment, but in terms of talent have what is needed, a QB who is playing well, a big playmaker out of numbers, consistent level of play in the backfield and a defense that makes big plays when necessary. With the necessary talent in key positions. Derek Carr has shown this to be true and that in Amari Cooper there’s a lot of potential to explore. The defense is a solid group that stands out, and although their rushing game is still not the best, it is evolving.

The defense is playing better and better each week by the hand of Del Rio, aided by wide receivers  Amari Cooper and Michael Crabtree. They have good running game so it should not present problems to win a place as a wildcard. An interesting combination of very young players like Khalil Mack and veterans like Charles Woodson, plus players discarded by other teams.

The timetable and division helps and Raiders have seized the momentum, it is also favored by the enormous equality down the remaining divisions of the AFC.