Home » Sports News » Why The Mavs Could Reach The Postseason

Why The Mavs Could Reach The Postseason 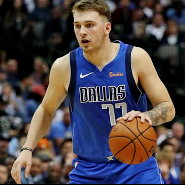 The Dallas Mavericks have been on fire recently winning four of their last five games after starting their season 2-7.

The Mavs are looking better and in no game were they more impressive than in their recent 117-102 beating of the Utah Jazz in Salt Lake City.

Luka Doncic has been amazing for the Mavericks this season, averaging about 19 points, 6.5 rebounds and four assists per game, as he continues to showcase tremendous ball handling, incredible playmaking skills, and a crafty scoring ability.

Doncic has surprised everybody around him with his efficient three-point range, which has the helped Mavs space the floor and given his teammates more room to drive in the lanes and make plays at the rim.

The good news for Dallas’ fans is that the rest of the team finally seems to be catching up to him as they are now also playing some great basketball.

If the Mavs want to make the playoffs in the tough Western Conference, they need to prove this kind of play can be sustained all season long.

There are other players beside Doncic that have been instrumental in this run and are worth mentioning as they have gone largely unnoticed.

Maximilian Kleber has been huge off the bench as he continues to show that he can do it all at the center position as he can finish with authority in the paint and is a very solid three-point shooter that helps stretch the floor.

Kleber has been shooting 34.9 percent from three on 3.1 attempts per game from downtown and when he’s on the court it’s evident the team’s spacing improves compared to when DeAndre Jordan is on the floor.

As the season progresses it will be tough for Jordan to keep his starting spot so their best bet would be to trade him and give Kleber more minutes.

Dorian Finney-Smith has also been crucial for the Mavericks on both ends of the floor, but especially on defense, as his combination of height and length allows him to guard multiple positions. His versatility on defense has allowed him to become the best wing defender.

On offense, his three-point shooting has helped spread the floor and his play off the bench has been great, allowing the Mavs second unit to outplay most of the opposing benches they’ve faced.

But the Mavs’ resurgence would not have been possible without the return of Harrison Barnes. It took a couple of games for Barnes to shake off the rust but after that, he’s been very good making key contributions on both sides of the court.

His contributions have helped take some pressure off Doncic and that is something the Mavs didn’t have early on when they were struggling out of the gate as the whole team was shooting very poorly.

Early in the season, Dallas was missing a lot of open shots, but now that they’ve gained more rhythm, their offense is looking way better as those shots are falling and increasing their scoring totals.

Defensively they’re also looking a lot better as they’re playing with more effort and cohesiveness compared to the beginning of the season.

Also, the Mavs have been badly beaten by the injury bug this season and if that continues, they will fail to reach their potential and make the playoffs, but as long as Doncic stays healthy there will be hope.

If the Mavs were in the Eastern Conference, they would most likely make the playoffs, but in the deep and wild, wild, West their postseason ticket is far from certain.