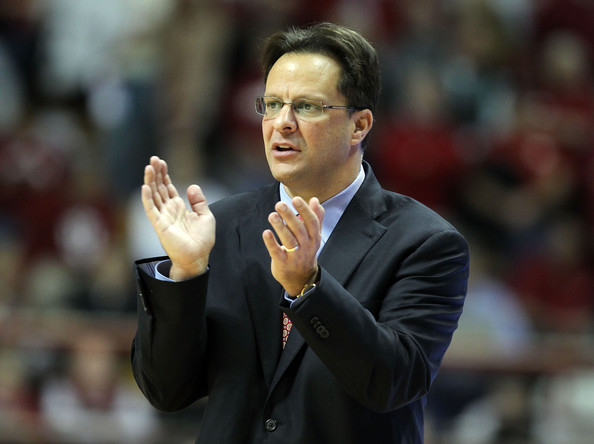 Back in the old days, Indiana University at Bloomington was one of the country’s premier basketball powers. Year after year, the Hoosiers Hoops teams could be counted on to be right up there in the running when March rolled around.  IU won the National Championship in 1976, 1981 and 1987 under head coach Bobby Knight and during that same period, Knight’s teams brought home no less than 11 Big Ten Championship Trophies to Bloomington.

After Knight made his inglorious departure from Indiana, the Hoosier basketball program went to sleep for awhile. They hired a guy named John Sampson and the program went from bad to worse amid allegations of illegal recruiting phone calls as well as drug use and academic problems among the players. So, after being embarrassed on a national level by all of this, the powers that be at IU decided to bring on the guy who had led Marquette to the Final Four back in 2003, Coach Tom Crean.

Coach Crean had to pretty much start all over with the program he inherited and he warned the university administration as well as the fans that there would be no quick fix for the troubled program and that progress would take some time to achieve. The program was also burdened by sanctions from the NCAA that were incurred during the Sampson tenure.

And indeed, it was a very slow comeback. The Hoosiers had 3 rocky seasons and the fans were beginning to wonder.

Then along came Cody Zeller from an already famous basketball family right there at home in Indiana.  Crean convinced Zeller not to follow in his brothers footsteps and leave the state for college and the rest is basketball history in Hoosier land.

IU started the 2012 season as the AP #1 team and managed to stay in the top echelons of the poll all year eventually taking home the Big Ten Regular Season Title. After winning the big game against Michigan, Tom Crean lit into former IU assistant Jeff Meyer blaming him for helping to destroy the Hoosier Hoops hopes.

This brief, but emotionally charged outburst from Crean may have been criticized a bit in the press, but, by the time the team made it back to Bloomington, Tom Crean was a national hero in Hoosierland with his team holding the number one seed in the East and headed for Washington D.C.