The Ryder Cup Stays In Europe 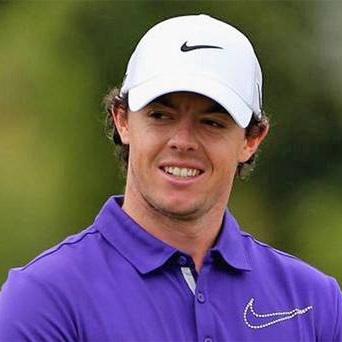 After all the big buildup over who will play for the USA in this year’s Ryder Cup competition over in Scotland, it didn’t turn out to be much of a battle. For all the endless speculation about whether Tiger Woods would be on the team or not, it probably wouldn’t have mattered much anyway.

The European team, led by Rory McIlroy, was favored going in and quickly showed the world why on the first day of competition. Then on the second day, they nailed it down and Sunday’s rounds were pretty much all for show.

Rory McIlroy told reporters that he was more ‘jacked’ for the Ryder Cup events than he was for either of his two major wins this past season which netted him millions of dollars in first prize money. McIlroy went 7 under on the front nine holes, just to set the pace. When it was all over he had defeated Rickie Fowler of the USA team by a final score of 5 & 4.

Graeme McDowell sent young Jordan Spieth packing 2 & 1 after Spieth was three-up at the turn. Then McDowell sank 3 birdies on the final eight holes, the match didn’t even reach the 18th hole.

The one bright spot for the American team came from the unlikely source of the controversial Patrick Reed who defeated European great Henrik Stenson 1-up after Stenson failed to sink a relatively short birdie putt on the eighteenth hole. Once again, the antics of Reed lit up the links for the hordes of Scottish spectators.

Patrick Reed took a bit of criticism going into the Ryder Cup matches from writers who seemed to be afraid that the brash Reed would somehow offend the Europeans and send the matches into turmoil.  Instead, he became the first Ryder Cup rookie to go 3-0 since Phil Mickelson. Team USA could have used another good dose of Reed’s brashness over at Gleneagles.

Bubba Watson was defeated by Martin Kaymer 4 and 2 while Phil Mickelson beat Stephen Gallacher 3 and 1 and American favorite Matt Kuchar got by Thomas Bjorn 4 and 3. Hunter Mann and Justin Rose finished up in a tie.

There was some general discontentment from the American team over the questionable leadership of Tom Watson. Both Phil Mickelson and Jason Dufner alluded to the situation in post match interviews, with both suggesting that Paul Azinger would be the guy to take over Team USA for the next Ryder Cup competition.