Posted on December 16, 2019 by Bobby Goodspeed in Sports News 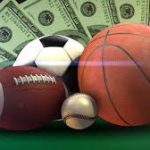 Dictionary.com defines dilemma as a situation requiring a choice between equally undesirable alternatives. That aptly describes the perplexing set of circumstances under which the NCAA finally decided to throw in the towel and shrug off the responsibility that it has been avoiding for the past several years and turn it over to the federal government one of the pressing issues facing college athletes today.

In what is a complete turnabout from previous policies laid down by the NCAA concerning their student athletes profiting in any way from their name, image or likeness, an announcement from the NCAA Commissioner’s office stated that they will ‘begin the process to allow college athletes to profit now from the use of their names, images or likenesses’.

Just what that means in practical terms and how long that process will take before the first student athlete receives any sort of compensation is anybody’s guess.  It remains to be seen going forward whether the NCAA will actually facilitate such a change, or continue their same old policy of denial.

NCAA Commissioner Mark Emmert’s office has in effect run up a white flag of surrender and called upon the federal government to take away their decision making responsibility in a way that no shadow of blame could ever fall on the NCAA, even though their unwillingness to even consider such a move historically has delayed these logical moves for years now.

So now the NCAA Board of Governors has voted unanimously to allow student athletes to benefit from their name, image and likeness going forward.  It will not be overlooked that the Board only did so after the state of California, along with several others, began to pass laws that would recognize the athlete’s rights to compensation, regardless of what the NCAA rules say.

Before giving out any accolades to the NCAA, they didn’t have any choice in the matter and were on the verge of being out flanked and embarrassed by both state and federal governments. This led the Board of Directors to direct all three divisions to ‘immediately consider updates to relevant bylaws and policies for the 21st century’.  Isn’t that nice, and only 20 years into the 21st century.

As a matter of fact, it was only a couple of months ago when Commissioner Mark Emmert put out a statement claiming that the name, image and likeness issue represented an existential threat to the collegiate model.  Strong words to be taken back so quickly and completely. The old school powers that be at the NCAA have finally gone down for the count and now we can get on with a program fit for the 21st century.

All the talk of change must be great to hear for those student athletes affected by the policy change, however, nothing has actually changed as yet and those same antiquated laws preventing the athlete from profiting from the use of their name, image or likeness, when others are allowed to profit from the same, continues to this day and will continue to do so until the actual policy change is put in place.

The NCAA is telling everyone that they are now involved in making the change, while in reality, not much change is really taking place.

Ohio State president Michael Drake, the chairman of the Board of Directors of the NCAA recently said, “We must embrace change to provide the best possible experience for college athletes”, but that change probably won’t be occurring until January 2021.