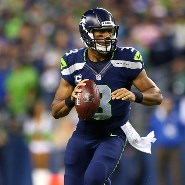 The Seattle Seahawks (9-6) host the Arizona Cardinals (7-8) on Sunday as they try to secure a playoff spot in a huge NFC West matchup taking place at CenturyLink Field.

To win this game the Seahawks must protect home-field advantage. Even though that might sound simple since the game takes place in Seattle, the truth is that the Cardinals have won three of the last four games they have played at CenturyLink, so that is a trend they need to stop if they want to reach the postseason.

Of course, to win this game the Seahawks also need to protect quarterback Russell Wilson, because Arizona has a pass rush that knows how to get to him as they sacked him five times in their previous meeting, and a total of 20 times in the last five years in Seattle. Leading the way for the Cardinals defense is Chandler Jones who leads the NFL in both sacks (15) and tackles for a loss (25).

The Cardinals can bring pressure from different areas, so the Seahawks offensive line will have their hands full trying to protect Wilson. Fortunately for the Seahawks, their o-line is starting to jell as they’ve had the same players together for five straight games and are now showing some cohesion, which is something that wasn’t happening earlier this season due to injuries.

Protecting Wilson will also help them win another key aspect of this game, which is the turnover battle. The Seahawks have had five games this season in which they didn’t have any turnovers and they’re 4-1 in those games.

The Cardinals have forced 13 turnovers in the last five games, but they’ve given the ball away twice in five of their last six games, so the Seahawks defense could have several chances to create havoc against quarterback Drew Stanton and the rest of the Cardinals offensive unit. If their defense does that they will help the offense win a game in which they will be under a lot of pressure.