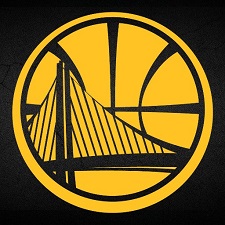 The immense talent, indomitable character and amazing marksmanship at the crucial moment, Stephen Curry and Klay Thompson revived the Warriors when they were on the ropes in Oklahoma City. The sensational fourth quarter with a 18-33, gave victory (101-108) and avoided elimination and forced the seventh and final game of the West finals on Monday at the Oracle Arena in Oakland.

Golden State Warriors suffered a lot throughout the game. They were behind almost all the time, came to give a handicap of 13 points (41-28) and stood in the last five minutes with 7 points  (96-89). From there, the score was devastating: 5-19 and the final explosion of Klay Thompson and Stephen Curry with the invaluable help in defense of Iguodala and Draymond Green.

The final sprint of the Golden State Warriors contrasted with the collapse of Thunder. Errors from Kevin Durant and Russell Westbrook accumulated in those last five minutes. Both had set the pace of events, but perhaps exhausted, and more demanded by the defense of the Warriors, they were mistaken in that final stretch.

If the Golden State Warriors continue with chances of repeating the end of 2015 against Cleveland it is largely due to Klay Thompson. He had 11 triples, an absolute record in the playoffs, where no one had gone beyond nine. The forward finished with 41 points, 19 in the fourth quarter. His regular partner, Stephen Curry, did not start the match well. he was not accurate in the shooting and was well covered by the defense of Thunder, Westbrook but also on many occasions by Robertson and Kevin Durant.

Curry’s great merit is that he grew into the game, as the minutes passed he concluded with a recital of triples, ball handling exasperated the defense of Thunder. He scored 19 points in the third quarter and his team tied at 99 thanks to two of his triples. He finished with 29 points, 10 rebounds and 9 assists.