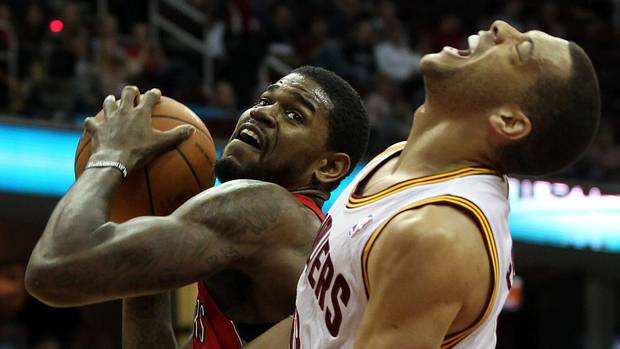 The NBA is finalizing a new procedure to deal with flopping this coming season, with an off-court remedy expected to be in place before the start of the regular season. The fine art of flopping is when a player fools the ref into calling a foul when, in reality, none was committed. The NBA counts among its’ players, some pretty fine quality actors. After meeting with its newly revamped competition committee two weeks ago in New York, the league anticipates that incidents of flopping will be adjudicated on a postgame basis, a league spokesman said Thursday.

Fines likely would be assessed for the offenses. “The procedures will likely involve a postgame review as opposed to calling it as an in-game infraction,” the league spokesman said. The new policy does not need to be approved by the Board of Governors, which meets next month in New York, because it does not involve a rule change for on-court play. In that way, the new policy will be similar to a crackdown several years ago on so-called “respect for the game” rules violations, which resulted in a brief uptick in technical fouls.

The news came to light as the NBA’s Officiating Department held its annual preseason camp, some of which was attended by sports writers and broadcasters who cover the NBA. It was the first such meeting under the leadership of Mike Bantom, who was appointed executive vice president of referee operations earlier this month, replacing former U.S. Army Gen. Ron Johnson.

Perhaps recognizing that NBA Refs have enough on their plates, including the ever-expanding use of in-game instant replay to change calls, the league is finalizing a new policy that is likely to subject flopping to postgame review, as opposed to making it an in-game infraction, a league spokesman said Thursday. Like technical and flagrant fouls, the new policy being contemplated by the league would put flopping under the jurisdiction of league disciplinarian Stu Jackson, whose office would review the plays and possibly assess fines.

Some will like the league’s answer to flopping, and others will say it’s not enough. And while we recognize the benefit of taking it out of the referees’ hands, the new approach — if adopted — could open up a whole new can of worms in a sports environment that clearly does not tolerate officiating incompetence. For example, suppose LeBron James drives to the basket on the final possession of a playoff game, with the Miami Heat trailing by a point. He misses the shot, but dupes the official into calling a shooting foul by flopping. James sinks both free throws, the Heat win the game and advance to the next round. But what happens when the league fines James $25,000 the next morning for flopping on the play? What the league would be saying, essentially, is that James shouldn’t have been awarded free throws and the Heat shouldn’t have won.

As long as the players get an immediate in-game penalty for doing it like a technical foul, this will stop flopping completely. Flopping is for Sissies, we are glad they are doing something about it.