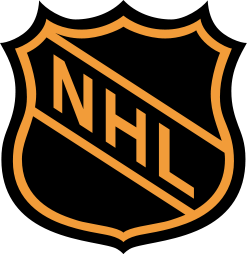 After the Rangers’ hard working playoffs series against the Capitals ended this past Wednesday, they showed us some more hard work in game 1 for the Eastern Conference Finals against the Tampa Bay Lightning, grabbing the lead with only minutes left on the clock in the last period.

For the most part the game was heavily contended and very physical as seen in the first period which was filled with scoring chances (18 shots combined), Tampa Bay goalie Ben Bishop and Henrik lundqvist for the New York team managed to turn away all incoming goal shots.

Plenty of action for the second period this time 23 shots were fired to the unfazed goalies who so far had done a remarkable job at keeping the goals at bay for nearly the entire period until Derek Stepan, opened the series scoring with a loose puck sending the crowd to a roaring frenzy with less than 15 seconds before intermission, Stepan was at the right place at the right time.

Early in the third a high-sticking penalty taken by McDonagh, created a power play for Tampa Bay, a full minute into the power play, Tyler Johnson delivered a tremendous pass to Ondrej Palat, who buried the one-timer power play goal past slow-reacting Lundqvist, with less than three minutes to go on the third period the Rangers regained their lead after Hayes looked up from the side and looking to throw a pass to Dominic Moore it redirected for the go-ahead goal, it was Moore’s first goal since the regular season, more than a month ago, Lightning delivered a few shots looking for the tie but were unable to land the goal to end the game 2-1 the first win of the series for the Rangers at home.