IT WAS A BREES!

Posted on December 17, 2019 by Bobby Goodspeed in Sports News 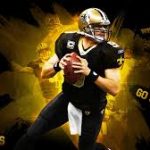 IT WAS A BREES!

NFL fans lucky enough to have tuned into Monday Night Football this week were treated to one of the greatest performances by a professional football player, regardless of the position, regardless of when, in NFL history.  It was an ‘all-time’, ‘best ever’ event, and one that will go down in the annals of the National Football League ending up in a small building in Canton, Ohio where Drew Brees will eventually end up himself.

As though his ticket was not already punched to the highly coveted NFL Hall of Fame, the unforgettable show that Drew Brees put on against the Indianapolis Colts last Monday night put any remaining doubts to rest as Brees completed 29 of 30 passes for an incredible record breaking completion percentage of 96.7%.

In a post game interview, Drew lamented the fact that he had missed on that one pass saying, ‘that one may haunt me for a little while’.  However, it probably wasn’t for very long as sports figures high and low lined up to congratulate the Saints veteran quarterback on his outstanding accomplishment.

After all was said and done, Drew’s 148.9 passer rating on Monday Night turned out to be enough to insure the Saints a 34-7 victory over the Colts at home in the Super Dome in front of the highest concentration of Drew Brees fans on the planet.

At the beginning of the Monday Night NFL game, retired quarterback Peyton Manning held the record for the most touchdown passes in an NFL career with 539.  The Patriots Tom Brady was right behind with 538 and Drew Brees sat in third position with 537; and Brees had the Monday Night stage all to himself.

Always the master motivator, the Saints quarterback not only fired up his team but obviously motivated himself into another gear and then put on one of the most unforgettable performances in the history of pro football.  Brees racked up 307 total yards, 4 touchdowns, no interceptions and a 96.7% completion percentage.

Saints head coach Sean Payton was acutely aware of the pending records on the line for his long time quarterback and friend.  Those two have been through a lot together and one can be sure that Payton, along with the rest of the coaching staff and the entire team, were aware of what was at stake and were 100% pulling for their All Pro Quarterback to break the all time passing record.

And he did. Brees needed one touchdown to tie Tom Brady and two touchdowns to tie Peyton Manning. He scored 4 passing touchdowns and now is the exclusive all time record holder in total number of career passes with 541.

However, the drama will continue for the remaining two games of the season when Tom Brady up in New England will have two more opportunities to ellipse Brees’ total for the record. But then, Brees has two more games as well.

Brady tweeted out after the game, ‘Congrats Drew!!  Couldn’t be more deserving.  Passing Peyton the anything is an incredible achievement and your records will be tough to beat! But it’s worth trying’.

Accolades poured in from luminaries ranging from Bret Favre to JJ Watt, from Ellen DeGeneres to Matthew McConaughey.  Sports broadcasters pushed the boundaries of excess with their praise for the performance of Drew Brees last Monday Night.  It will go down in NFL history as one of the greatest games by a quarterback of all time.

However, the greatness of Drew Brees should come as no surprise as the Saints quarterback has led the NFL in passing percentage for the past three years in a row and for six seasons overall.  Brees is no stranger to success.

This is the final year of the contract that Drew Brees has with the New Orleans Saints organization. Neither Brees nor anyone from the team have so far given any indication as to what the future may hold for the veteran quarterback.

But Drew Brees is one of the most popular figures in the New Orleans area and could probably be elected mayor of the city should he decide to forgo his football career, but, don’t hold your breath!  Chances are Drew will be around for a good while longer, he certainly didn’t look like he was slowing down any last Monday night.