Home » Sports News » How Landry and Taylor Can Improve The Browns

How Landry and Taylor Can Improve The Browns 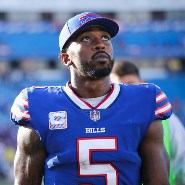 The Cleveland Browns on March 9 acquired wide receiver Jarvis Landry from the Miami Dolphins and quarterback Tyrod Taylor from the Buffalo Bills giving them an offensive combination that should help them next season and gives them flexibility in the 2018 NFL draft.

Now with these two players on their roster, they could choose to add running back Saquon Barkley with their first pick of the draft and take the top-four quarterback left on the board with their fourth overall pick.

If the plan works, the Browns won’t have to worry about drafting a young quarterback that will have to be thrown to the wolves from the start. Regardless of what young passer the Browns pick he will now have time to develop and learn while Taylor plays the 2018 season out.

Landry is a proven playmaker and a durable player that has played 64 straight games and has 400 catches in the first four years of his career, more than any other player in NFL history.

Last year with the Dolphins, Landry was Jay Cutler’s favorite target as he was the only player in the squad that was targeted more than 1oo times (finished with 160 passes headed his way) and finished with more than 100 receptions as he caught 112 passes.

Landry caught almost half of Cutler’s 19 touchdown passes as he finished the season with nine touchdown catches and 987 receiving yards.

An added bonus is that Landry doesn’t drop the ball very often (just three lost fumbles in four seasons), even when he knows that he’s going to get hit. He’s made a good living as an NFL receiver making tough catches over the middle of the field.

Landry is also a clutch wide receiver as 220 of his 400 catches have gone for first downs, which proves that whenever they needed to convert on key plays the Dolphins went to Landry and he’s expected to continue in this role now that he’s pairing up with Taylor in Cleveland.

Taylor is a winning quarterback that amassed a 23-21 record over the last three seasons for the Bills and owns a 51 to 18 touchdown-interception ratio.

Last year Taylor continued to prove he doesn’t make a lot of mistakes and knows how to take care of the ball as he finished with 2,799 passing yards, 14 touchdowns, four interceptions and no lost fumbles even though he was sacked 46 times during the regular season. He’s also a threat on the ground as he rushed for 427 yards, four touchdowns, and 26 first downs.

The Browns are acquiring a tough playmaking receiver in Landry. One that will get them a lot of first downs if the Browns staff and Taylor are wise enough to utilize early and often in their games.

If Taylor and Landry get it going in 2018 and have good chemistry together the Browns could be good enough to win at least five or six games, which would be more than what they’ve won in their last three seasons combined as they have just four wins since 2015.