Posted on August 12, 2019 by Bobby Goodspeed in Sports News 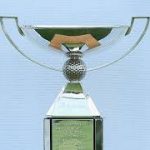 Round two of the 2019 FedEx Cup Championship will take place this weekend at the Medinah Country Club just outside of Chicago when the BMW Championship tees off featuring the 70 surviving golfers from the Northern Trust Tournament, just won by Patrick Reed last week.

2,000 FedEx Cup points are at stake in the four day event which is the second leg of this year’s FedEx Cup Championship.  That’s four times the points rewarded for winning a regular season PGA Tour event. Only the top 70 golfers in PGA points will be playing at the Medinah Country Club this week according to the new format.

In previous years, the FedEx Cup Championship was spread over 4 events with the first hosting 125 hopeful golfers.  Event number two started with 100 out of which the top 70 were able to move on to event number three.  The final, and most brutal, cut was down to the 30 players with the top number of FedEx Cup points after the first three events.

This year there will be only three events. Last weeks’ Northern Trust was the first in the FedEx Cup series for 2019 with the BMW Championship to follow and finally culminating in the Tour Championship at the East Lake Club near Atlanta, Georgia, where the rules get quite a bit more complicated.

The new rules for the 2019 Tour Championship definitely favor the top five of the 30 golfers entered in the event for some unexplained reason.  The number one golfer going into the Tour Championship will start at -10 strokes, ten under par.  Number two will start at 8 under par, number 3 at -6, number four at -4 and the player with the fifth highest number of FedEx Cup points will begin the tournament two under par.

The other 25 golfers in the event will have to be content starting at even par, like they always have before.  Several of the participants, like Harold Varner III and Abraham Ancer, will be more than happy just to be included in the final 30.

Varner moved from 102nd  in PGA points to  29th in the standings after tying for third place with Jon Rahm at the Liberty National, giving him an excellent chance to participate in the final event and compete for the hefty $15 million prize which goes to the final winner of the 2019 FedEx Cup.

Mexican golfer Abraham Ancer was another who made huge strides toward a FedEx Cup title by coming in second at the Northern Trust and moving up from 67th to 8th in the standings, not to mention picking up a check for a cool $999,000 in the process.

Patrick Reed, who won at the Liberty National event, was practically out of the FedEx Cup competition at number 50.  Reed is now the number 2 ranked golfer in FedEx points.

Even after a disappointing performance at The Northern Trust, young powerhouse Brooks Koepka is still on top of the FedEx points standings.  He will surely be among the top favorites for the upcoming BMW Championship in Chicago this weekend.

Last years’ Tour Championship winner was Tiger Woods, but Tiger will have a tough time even making it to the Tour Championship this year as he is currently 38th in FedEx Cup points. For the BMW Championship he will have to conjure up that Tiger who showed up at Augusta earlier this year and won the Masters; but I wouldn’t bet against that happening if I were you.