Posted on February 8, 2019 by admin in Sports News 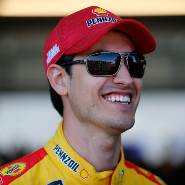 Joey Logano: The Tom Penske driver claimed the first Cup title with a victory in Homestead-Miami Speedway in November, he’ll seek his second Daytona 500 victory this weekend after taking the checkered flag in 2015.

Kyle Busch: Along with Kevin Harvick dominated the 2018 season. Both of them are coming back strong looking for their second Cup titles. Bush matched Harvick with a season-high eight wins last season and is seeking his first Daytona 500 win. Although he’s won a Daytona race in July one time a triumph in the Great American Race keeps eluding him.

Martin Truex Jr.: He’s now with Joe Gibbs Racing and he’s brought his crew chief, Cole Pearn, with him so there’s no reason to expect a major drop in his performance in 2019. Truex’s best finish in Daytona is second place.

Jimmie Johnson: The seven-time Cup title winner didn’t win any race last year, which marked the first time that he failed to do so in his 17-year career as full-time Cup driver. In fact, his last win came in 2017 in Dover. He will be entering the Daytona 500 with a new crew chief in Kevin Meendering, after the departure of long-time crew chief Chad Knaus.