Controversy over terrain in Paris for the Euro 2016 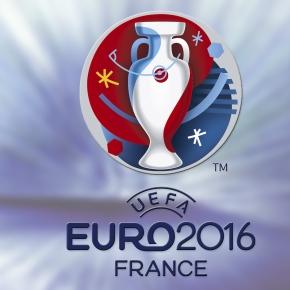 Running starts ending in faces in the ground, passes at ground level ending in the stands, lumps like sand castles … The poor condition of the lawn-Pierre Mauroy, in which the desolate match between France and Switzerland (0-0) was held, has sparked fierce controversy in the host country about the poor quality of the grass. “The players had a lot of merit. Having to play in a field, it’s regrettable, “ French coach Didier Deschamps criticized. “It was in a catastrophic state,” added Patrice Evra.

Critics point to serious shortcomings in the organization of the competition. Of the ten stadiums of Euro three grounds were changed late last month at the request of UEFA, when the standard gardening recommends giving more time for the grass to grow and stabilize: the Lille , where France and Switzerland tied to zero, Marseille and Nice.

All were affected. Wednesday’s match between France and Albania in the renovated Velodrome in Marseille focused much of the media attention. “The lawn of Marseille was in much better shape than that of Lille,” Deschamps said. The explanation is due both to poor weather conditions for leading week’s punishing France as a surprising contract that binds the UEFA to an agricultural company based in Slovakia. After reviewing the quality of the pitch in the ten stages of the European Championship, UEFA forced three of them to switch grass for the benefit of the manufacturer.

The three affected stages are the three who are now in the spotlight of controversy. It would have been the same in Marseille. In Lille turf quality deteriorated so much in the days before the premiere of the Euro that greenwashing was decided before the match between Germany and Ukraine the entire field to cover defects.

An unlikely situation that caused a virulent reaction from the usually responsible company to pamper the grass in the French League, the Société Française des Gazons, which sent last weekend to all accredited media for Euro a note which he was carrying against UEFA for having favored the opinion of a consulting outside competition accused of mercenary against the French specialists. According to Le Journal du Dimanche, the agricultural company based in Slovakia claimed some 200,000 euros for the works at the stadium in Lille.

On Monday, the Spanish team had to cancel their training session before the match against Croatia at the stadium in Bordeaux to preserve the quality of the turf, as decreed by UEFA. Spain had to train elsewhere.