Posted on November 25, 2019 by Bobby Goodspeed in Sports News 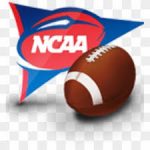 The game of College Football in the USA is celebrating its 150 anniversary this year and on many college campuses around the country the most important game of the year remains to be played as rivalry weekend finally arrives. Many are instate rivalries, while others have a standing tradition going back well over 100 years. There are places where the annual rivalry game is more important than any other championship; like the Army-Navy game for instance, and there are others as well.

We even have manufactured rivalries now that the SEC has somehow deemed it correct to cancel out the long standing last game rivalry between LSU and the University of Arkansas and invent new rivalries.  With one stroke of the pen the SEC declared that in the future LSU and Texas A&M would be rivals while Arkansas would inherit the Missouri Tigers instead of the LSU Tigers as their new rivals. Ridiculous.

So now, on rivalry weekend, LSU will be taking on the newly acquired rival Texas A&M under head coach Jimbo Fisher, who once coached at LSU and was a serious candidate for the head coaching job in Baton Rouge now held by Ed Orgeron, in a game that could influence the CFP championship standings should the Aggies pull off the upset of the season so far as 17 point underdogs down in LSU’s ‘Death Valley’ stadium.

But the Tigers did not look like a team that should be taken lightly by anyone this year coming off the field after a sound victory over previous rival Arkansas as they only showed smiles instead of celebrations and spoke only of the work left to be done and the job to be finished.  They mean the CFP National Championship Title, and nothing less. As ‘Coach O’ always ends his interviews, Geaux Tigers!

Elsewhere in the SEC over in Auburn, Alabama, the Auburn Tigers will host coach Nick Saban and his banged up #4 ranked Crimson Tide team as just 4 point underdogs, which is the smallest number put up for a Crimson Tide game in quite awhile. This is stacking up to be one of the great games of rivalry weekend this year as both teams take the instate rivalry very seriously and both have a legitimate shot at winning the game.

While it is true that ‘the Tide’ will be appearing for the second time without the services of starting quarterback Tua Tagovailoa, who has been replaced by back QB Mac Jones after sustaining a season ending hip injury, Nick Saban is never to be underestimated and Tua is, after all, only one guy.

Of course the rivalry game with the most CFP significance will be played up at the ‘Big House’ in Ann Arbor, Michigan when the CFP #2 ranked Ohio State Buckeyes come to visit as 8.5 point favorites. Michigan goes in to the game ranked at #13 by the CFP committee and Wolverine head coach Jim Harbaugh is 1-10 against Top Ten CFP teams. After this year’s loss to Norte Dame, the natives starting getting restless and Coach Harbaugh needs a win to settle them down once again. It would be an epic upset!

CFP #3 ranked Clemson will visit instate rival South Carolina down in Columbus on the Gamecocks’ home field as huge 25.5 favorites but may face stiffer competition that anticipated as South Carolina head football coach Will Muschamp told the press recently that one of his goals when he took the job was to ‘Win the State’, which basically means beating Clemson.  The 4-7 Gamecocks will give Dabo Swinney’s talented bunch all they bargained for and more on rivalry weekend this year.

The battle for the state of Florida will take place in Gainesville when the CFP #11 ranked Gators host the hapless Florida A&M Seminoles on Saturday afternoon as 17 point favorites.  The outcome of this contest will have strong influence on the bowl picture for the Gators, while a strong showing will go a long way towards paving the way back to success for the ‘Noles.

The #21 Oklahoma State Cowboys will host the #9 Oklahoma Sooners who will go into the contest with at 10-1 record and still harboring hopes of making the CFP final four this year.  The Sooners will be 12.5 point favorites on Saturday afternoon.

Up in the Big 10, the over achieving #10 Minnesota Gophers will host the rival #12 Wisconsin Badgers as 2.5 point underdogs at home, on campus in Minneapolis. Both teams are coming off of disappointing losses so the significance of this contest goes beyond mire rivalry as both teams see victory here as necessary to salvage their seasons.