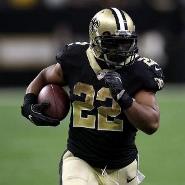 For the second time in three weeks, the Carolina Panthers (6-9) and the New Orleans Saints (13-2) go head-to-head, this time at the Mercedes Benz Superdome and with the Saints already having locked up the No. 1 seed in the NFC.

As both teams have nothing but bragging rights to play for in this game you can expect the Saints to rest most of their starters in order to make sure they finish the game without any new injuries.

As for the Panthers, they will just try to end the seven-game losing streak that has derailed their season after an encouraging 6-2 start. Of course, ending the season on a positive note won’t be easy as they will be without several starters that are nursing injuries.

Quarterback Cam Newton will miss his second straight game to deal with the right shoulder weakness he’s been suffering in the second half of this season.

Although it’s been announced that Newton won’t require another surgical procedure because no structural damage was found in his shoulder, he was shut down for the season after the Panthers’ Week 15 loss to the Saints to allow him to rest and rehab.

Newton’s not the only quarterback ailing for the Panthers. Taylor Heinicke, who started against the Atlanta Falcons, will also miss this week’s contest against the Saints. The Panthers will instead turn to Kyle Allen after they had to place Heinicke on injured reserve due to an elbow issue.

The Saints meanwhile will instead look to veteran quarterback Teddy Bridgewater handling most of the snaps in this game, although is not certain if he will get the starting nod or if he will step in for Drew Brees after a few drives.

Also look to the Saints limiting the action of Mark Ingram and Alvin Kamara, while the Panthers are likely to do the same with Christian McCaffrey and receivers Torrey Smith and David Funchess.

Considering that both teams are treating this contest more like an early preseason game than a regular season affair it’s hard to predict a result here. Since the game will be played in New Orleans it would be logical to expect a close victory for the Saints, but anything can happen, so bet on this game at your own risk.