Posted on September 30, 2019 by Bobby Goodspeed in Sports News 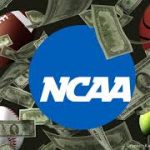 Despite the best efforts of Mark Emmert and the NCAA to keep college athletics stranded in the last century, some positive progress is now being made as the Governor of California has signed a bill that will allow college athletes to sign endorsement deals and thus be somewhat compensated for their hard work and dedication in something other than thanks and cheers.

Lawmakers in California have been battling over the propriety of Senate Bill 206 for over a year now with the NCAA doing everything in its power to stymie the propositions passing.  The NCAA warns of a ‘nationwide fallout’ if the similar actions are taken in other states, but they never seem to specify just what kind of ‘fallout’ they are so afraid of.  Their cherished model of amateurism in America has not been realistic for some time now.

It’s called the Fair Pay to Play Act and its already on the books in California with other states likely to follow in the coming year.  The only drawback, and a curious one, is that California Senate Bill 206, although signed by the Governor, won’t go into effect until the first of January 2023.

It could take that long for the two sides to come to some form of an agreement because the NCAA is still threatening to punish the athletes themselves for violating an organizational rule when state law says that they are now able to profit from endorsements and the use of their name, image or likeness.

The states of Washington, Colorado, New York and South Carolina are already debating similar actions to those taken in California setting up an eventual conflict that will forever change the face of collegiate athletics in the USA.

Of course a lot of things can happen before 2023 rolls around and the California bill goes into effect. Future agreements between all parties could well make it a moot point by then. There is now a realization in the USA that there exists an injustice in having student athletes on the field representing the university in games that take in millions of dollars in revenues each week while the young men and women that the fans come to see have to go back to the dorm and stand in line for their dinner and worry about how to pay their bills while keeping up with studies as well as all of the heavy demands placed on a student athlete these days.

The NCAA is the governing body for collegiate sports in America and as such has wide spread powers to investigate and punish anyone, be they student, coach or trainer, who violates their version of what the rules should be.  However, if state legislatures, as in California, start to enact legislation that over rules the NCAA on major issues like endorsements, the NCAA itself is likely to become weaker in the process and begin to lose the respect of all involved.  The change is coming and it would be better for all if Mr. Emmert and company accepted that and started helping to do it correctly.

The far away due date for Bill 206 to go into effect was probably put in there to give the folks at NCAA time to adjust their internal bylaws to be more in line with what the state lawmakers are proposing.  The NCAA Board of Governors has already declared that the recently signed California law to be unconstitutional, so, this may be an uphill fight for proponents of compensation for student athletes in America.

The NCAA is going into battle over this under the banner of ‘amateurism’ which was conceived way back before television and is planted in the minds of sports fans as some sort of virginal ideal.  They are righteous, courageous and bold on TV, but few fans give much thought as to how they live off the field.  Fewer still would have problems with some sort of compensation for these athletes who are often heroes to young and old alike.

California Governor Gavin Newsom put it this way, “This bill simply and rightfully allows student athletes to benefit from the multi-billion dollar enterprise of which they are the backbone”.  The bill certainly has the endorsement of the vast majority of NCAA Coaches across the land.  It would clearly eliminate a great number of headaches that the coaches have to face while trying to get through all of the pitfalls and still have the time and energy to coach their teams. In a recent poll, over 75% of NCAA coaches were in favor of student athletes being compensated in some way.

A point to remember is that allowing such compensation will end up only going to the top athletes who can actually get something for marketing their name and or image.  The vast majority of student athletes in America will never turn pro and never earn a penny from representing their schools on the playing field.