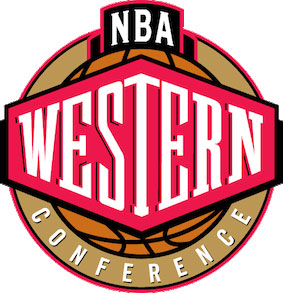 After the East and West All-Star teams are named, there are always cases of players in both teams that are left out. Whether it was fair or not, here are the names of a few players that probably deserved to at least make the Western Conference team for a trip to New Orleans for Sunday’s 2017 NBA All-Star game.

Named the Most Improved Player of the 2015-2016 Season, shooting guard CJ McCollum has not stopped growing. His game has finally reached the next level and averages 23.5 points, 3.6 assists and 3.7 rebounds per game.

In retrospective, the Ohio native has had 10 games where he’s scored 30 or more points, including a magnificent performance in Minnesota where he scored 43 points, five rebounds and three assists. While it’s true that the team record is not very flattering (23-33), the Blazers are only two games away from the eighth spot Denver Nuggets.

Lillard’s situation is similar to that of CJ McCollum, as his numbers have failed to convince those making the selections. Steve Kerr’s favorite player for the 2017 MVP award has 15 games with 30 or more points this season, including brilliant performances like the 42 points in Dallas, the 40 in Cleveland, and the 40 he put together in Denver . His averages for the 2016-2017 season are 26.0 points, 5.8 assists and 4.9 rebounds per game.

The Clippers won’t have any representative at the All-Star game, despite being the fourth-best team of the Western Conference with a record of 35-21. The injuries are to blame for this situation. Chris Paul will miss the All-Star weekend due to a thumb injury in his left hand, which sent to the operating room and will keep him sidelined for another week.

The Clippers point guard had probably his best game of the season when he scored 20 points, dealt 20 assists and had zero turnovers on October 12 against the New Orleans Pelicans.

Once again, his season numbers are good enough to make the All-Star as his averaging 17.5 points, 9.7 assists and 5.3 rebounds per game, but his injuries will keep him away from the event.

Something similar happens with the Clipper’s Blake Griffin, who has missed 18 of 55 games this season. However, his per game averages have improved greatly since returning to action. Griffin’s averages 26.7 points, 9.4 rebounds and 5.9 assists in February, numbers that normally would catapult him to the All-Star game but the lack of playing time was something that could not be ignored by those making the selections, as they preferred to reward others who have been more regular and healthy.

While LaMarcus Aldridge’s averages have gone down since arriving in SanAntonio (17.4 points, 7.4 rebounds and 1.1 blocks per game this season), the power forward’s absence is somewhat surprising if we take into account that the are only four games behind the West-leading Golden State Warriors  who have four players in the All-Star game. The Spurs have only Kawhi Leonard representing them at the All-Star game even though they have played good team basketball and Aldridge has been playing an important role for the team.