Posted on September 13, 2019 by Bobby Goodspeed in Sports News 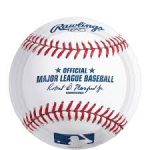 All players who make it to the Major League level, aka ‘the Big Leagues’, are already the cream of the crop when they arrive. Having gone through college championship teams and played in the minor leagues, they are the best baseball players in America, perhaps on the planet.  The MLB annual awards are for only the very best of the best and are considered among the greatest honors in all of sports.

This year’s race for the National League Most Valuable Player, or MVP, recently lost one of its principal contenders when the Brewer’s Christian Yelish went down on a freak foul ball off his knee which hit him so hard that the perennial All-Star is now listed as out for the season although subsequent reports indicate that no surgery will be necessary for the healing process.

That leaves the Dodgers Cody Bellinger sitting in a pretty good spot to take the NL MVP Award for 2019.  Bellinger has been at the forefront of the home run race for all of MLB all season long and continues to demonstrate his 5 tool skills on a daily basis.

Not only that but ‘Beli’, as he is known in the clubhouse, seems to be playing in a different position for almost every game.  Right field, center field and all over the field, but where Bellinger seems to fit best is at first base where his exceptional length and quickness can be utilized to their fullest making spectacular catches from all over the field for outs at first base.

Over in the American League, once again it’s the Angels’ Mike Trout in the lead, actually Trout should have a class of his own and let all the rest compete for the regular MVP Award.  He is still that good and he means that much to the Angels organization.

Value to the team is what the MVP Award is all about and young Alex Bregman has been a valuable asset on the Houston Astros team since they drafted him out of LSU just before winning the World Series a couple of years ago. Of course the Astros boast one of the most talented rosters in all of baseball, so Bregman must be extraordinary to excel among them, he is.

One of the most difficult decisions to be made each year is picking the AL and NL managers of the year.  Almost always there is more than one clear cut candidate for this coveted award.  Dave Roberts should be considered in the running for the National League Manager of the Year, but Dave has already won the award before and has his sights set on nothing less than victory in the World Series in October.

Mike Shildt of the St. Louis Cardinals is the most likely candidate to take the award this year. The NL Central has been a perennial log jam of good teams in recent years but Shildt has the Cards on top with two weeks to go.  If St. Louis is able to come out victorious over both Milwaukee and the Cubs, no easy task, they will take the NL Central going away and move on to the post season, probably against the Atlanta Braves on the road to the World Series.

Other National League managers deserving serious consideration should be Craig Counsell of the Brewers, now without Christian Yelish, and Dave Martinez of the Washington Nationals, who, after falling to 19-31 at one low point this season, has rallied his team into a position where they stand a good chance of taking on the Dodgers as the NL Wild Card selection for 2019.

The Minnesota Twins of the American League were way under .500 last year and preseason speculation didn’t have them doing much better this year. However, they had not counted on first year manager Rocco Baldelli to motivate his club into first place in the AL Central, a position they have held for most of the season and sitting pretty to go into post season play once again for the Twins.

Baldelli will obviously be in stiff competition with Aaron Boone of the Yankees who, despite an unusually unfortunate number of injuries to members of the team, has still managed New York to the top of the AL East and a major contender for post season play.  The Yankees are the winningest team in baseball with two weeks left in the regular season.

The Manager of the Year Awards and the Most Valuable Player Awards are among the most coveted prizes to win in any sport at any time.  When it’s ‘America’s Favorite Pastime’, so much the better.