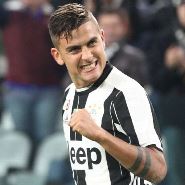 Barcelona and Juventus clash tomorrow at the Camp Nou Stadium for the return-leg of their Champions League quarterfinal series. The “azulgranas” hope to turn around the 3-0 loss that they suffered a week ago when they visited the Juventus Stadium in Turin.

The Catalans look at their round-of-16 epic comeback against Paris Saint Germain as inspiration. In that series, Barcelona won (6-1) at Camp Nou, after suffering a crushing 4-0 defeat in the first leg in Paris. They hope to repeat the feat in their stadium before a strong and solid Italian team.

Barcelona faces Juventus without margin for error just a few days before playing the Spanish league “Clasico” against Real Madrid this Sunday. That match could prove vital to decide the winner of Santander League, Spain’s domestic soccer competition.

For the Catalans, the main question mark was which men manager Luis Enrique would use to fill his 3-4-3 formation. Reportedly he will go with Ter Stegen as goalkeeper, Javier Mascherano, Gerard Pique and Samuel Umtiti as the three men in the back, Sergio Busquets in the midfield and with the already classic trident of Lionel Messi, Luis Suarez and Neymar in offense to try to score as many goals, and as early as possible, in this match.

For this game Barcelona recovers Busquets, one of its key players that missed the first leg due to an accumulation of yellow cards. Only Aleix Vidal and Rafinha Alcantara, will not be available, as Mascherano, Arda Turan and Jeremy Mathieu have all recovered from their respective issues.

Juventus could go to the Camp Nou looking to withstand the offensive barrage that Barca will try to unleash, relying on their solid defense and the leadership and experience of their star goalkeeper Gianluigi Buffon. The Italians will look to score on a counter attack and take advantage of the spaces that the Spaniards will leave when they go on the attack.

In the other game of the day and at the same time Borussia Dortmund visits Monaco to try to overcome the 2-3 loss they suffered at home against AS Monaco.