Home » Sports News » A Surprising win for Willett in Augusta

A Surprising win for Willett in Augusta 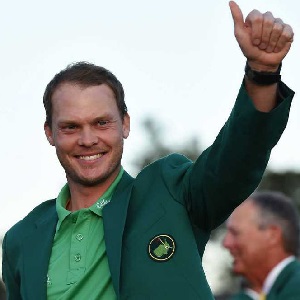 It is said that a golf tournament can not be won in a single hole, but it can be lost in a single hole. And that’s what ultimately happened to Jordan Spieth, who led the Masters until he succumbed with a quadruple bogey on the 12th hole, which left him behind in a tournament that he led almost from end to end and had five-stroke lead at the 10th hole tee.

It was there where the problems started for the American, where he made bogey. But his entry into the “Amen Corner” between holes 11, 12 and 13 was disastrous, leaving there with a 4 over par with no way to reverse. Almost haphazardly, England’s Danny Willett, winner of four events on the European Tour but with weak performances in major tournaments, was found alone at the lead and could withstand the pressure of the final holes to finish the tournament and claim victory.

Only an Englishman, Nick Faldo (1989, 1990 and 1996) had managed to win before in Augusta and, exactly 20 years ago, Willett took the disastrous end of his adversary in the same way Nick Faldo did to Greg Norman in ’96, who reached the final round five strokes ahead of the British only to succumb before the “Amen Corner”. Danny Willett (67) with 283 strokes (-5) exceeding three against countryman Lee Westwood (69) and American Jordan Spieth (73) who added 286 (-2).

Emiliano Grillo (72) closed a very good tournament but was not enough to finish in the top fifteen of the contest, which would have allowed him to qualify for the Masters next year. Angel Cabrera was very even throughout the tour throwing 12 consecutive pairs and playing very well from tee to green until the 15th hole (down 13).

In a day fraught with emotions, chance was not absent and three players managed to make a hole in one at the par-3 16: Shane Lowry Irish, South African Louis Oosthuizen and American Davis Love.

The first Grand Slam event made it clear that in this new era of golf that lies ahead there will be an exclusive dominator as Tiger Woods was for years. The big tournaments are open to anyone and the next review will be in Oakmont, Pennsylvania, in June when the US Open returns to the scene where we saw Angel Cabrera crowned in 2007.