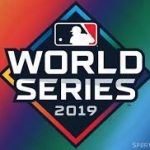 The Washington Nationals are for real.  Just ask the Los Angeles Dodgers and the St. Louis Cardinals. Just ask anyone who had a wager on the Nationals to win the NLCS this year, or all those folks who had picked the Dodgers for the National League Championship Series. They all believe it now!

So with the Dodgers and the Cardinals sitting at home watching the whole pageant on TV, the Washington Nationals will go forth and represent the National League against the winners of the ongoing series between the New York Yankees and the Houston Astros.

Many will be lamenting the fact that the seemingly undeniable Dodgers are out of the playoffs for this year, but hey, the three teams that are left are pretty darned good themselves. These things always seem to work themselves out during the baseball season each year making early wagering on teams to win the NL and AL Pennants very difficult indeed.

The Nationals will now have the luxury of resting up and healing up while the Yankees and Astros have at least 2 and as many as 4 very taxing games left to determine the winners of the American League Pennant this year. As the World Series is scheduled to start on October 22nd, the ALCS champs will have little rest going into the fall classic.

However, the first game of the World Series is scheduled to be played in an American League Ball Park no mater be it in the Bronx at Yankee Stadium or down in Houston at Minute Maid Park, the home of the Astros.

Currently the Astros hold a 2 game to 1 edge on the Yankees and are listed at -320 with the Yankees at +250 to win the ALCS for 2019. But the next two games will be played in Yankee Stadium in front of one of the most raucous crowds in MLB before they go back to Houston to decide the best 4 out of 7 series winners of the American League Pennant.

Game four of the ALCS was postponed due to heavy rain forecast in the area. Both teams will get to rest up on Wednesday, however, this means that they will only get one day of rest before the start of the World Series if the ALCS goes the full seven games.

As they will be facing a Washington pitching staff featuring Max Scherzer, Stephen Strasburg and Anibal Sanchez, the AL hitters had better bring their A game from the very beginning to stand a chance against these excellent starters and the potent Nationals’ Bull Pen featuring Sean Doolittle and Patrick Corbin, the designated winning pitcher of game 3 in D.C.

Ironically the Washington Nationals are the only team in MLB to never have participated in the World Series.  That will be remedied on October 22 when the Nats take on either the Yanks or the ‘Stros in the 2019 World Series.