TIGER’S ON THE PROWL AGAIN IN NEW JERSEY 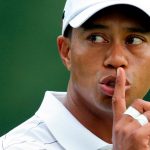 TIGER’S ON THE PROWL AGAIN IN NEW JERSEY

Contrary to earlier reports that had Tiger Woods down for the count after a disappointing showing in the British Open at Royal Portrush, the Big Cat is coming back strong with a double commitment to play both the Northern Trust this week at the Liberty National Golf Course in Jersey City, New Jersey and also to participate in the BMW Championship in Medinah, Illinois the following week.

It doesn’t sound like Mr. Woods is ready to throw in the towel for this season quite yet. After missing the cut at The Open in Northern Ireland, Tiger Woods looked tired and a bit confused.  Speculation had him down and out.  But how many times has Tiger been counted out of any competition only to show up on that final Sunday and blow the field away?

Woods chose not to participate in either the St. Jude Invitational or the Wyndham Championship in order to ‘go home for awhile’ and rest up for the upcoming PGA FedEx Cup competitions. He recently sent out on Twitter, ‘@TigerWoods Ready to begin the FedExCup playoffs starting @TheNTGolf and then @BMW Champs. Hope to see you there.’

Actually Tiger has had a pretty good 2019 season.  He has only participated in 10 events overall including four majors.  Oh yeah, and he won the Masters at Augusta back in April to clinch his 15th career PGA Major Championship.

Obviously what Woods is aiming at is to gather enough FedExCup points over the next two tournaments to win a place at the ‘The Tour Championship’ to be played this year at the East Lake Golf Club outside of Atlanta, Georgia beginning on August 22. Top prize at the FedExCup this year will be a cool 15 million bucks!

The Northern Trust will start off with a 125 player field with the top 70 finishers qualifying for the BMW Championship then narrowing down to the top 30 golfers left in competition for the Tour Championship and the FedExCup.

To qualify for that big event, Tiger must be in the top 30 in the FedExCup standings, going into The Northern Trust Woods is 27th, and so, it could go either way.  One thing is certain, there will be a lot of golf fans pulling for Tiger Woods for the remainder of the 2019 season, no matter what happens.

There will also be a considerable amount of money wagered on Woods for the upcoming events as well as some hefty FedExCup futures wagers. Currently Brooks Koepka, fresh off of victories at the PGA Championship in May and the St. Jude’s Invitational in July, is a 6 to 1 favorite to take the Northern Trust with Rory McIlroy at 8 to 1, tagging close behind, as usual.

Tiger Woods is listed at 17 to 1 along with Webb Simpson and Tommy Fleetwood.  Dustin Johnson and Jon Rahm are listed at 11 to 1 with only Justin Rose, Justin Thomas, Patrick Cantly and Rickie Fowler have lower odds than Tiger to win at the Liberty National Golf Club this year.

However the FedEx Cup and the PGA’s month of August work out, having Tiger Woods back in serious competition is great for the game of golf and its many fans.  There is simply an energy and excitement in the gallery when Tiger is at the tee or about to putt that we do not feel from any other golfer currently on the PGA tour.