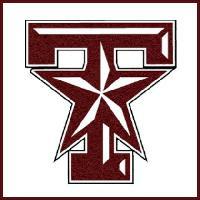 One of the most highly anticipated and wagered on NCAA football games this past Saturday was between the undefeated 8 & 0 Alabama Crimson Tide and the 7 & 2 Texas A& M Aggies.

The Texas Aggies & Johnny football traveled to Tuscaloosa to the University of Alabama for their chance to play the role of spoiler and possibly ruin Alabama’s perfect season. Neither offshore bookies nor Las Vegas bookmakers gave the Texas A& M Aggies much of a chance to pull off the unthinkable as they came into the game as a 15 point underdog. But for those sports bookies who watched this game knew from the first snap something was to be different on this particular college football Saturday and the Alabama faithful also knew that their team was in for a real dog fight!

Favorite bettors never recovered right from jump street, as the Texas A& M Aggies jumped out to a quick 20 to 0 1st quarter lead and really never looked back. The Alabama Crimson Tide spent most all of the entire afternoon chasing the elusive Aggies QB Johnny Manziel, who was all over the field.  Alabama did show some signs of life after being punched in the face came back to their senses a bit and did score 14pts in the second quarter to cut the lead to one score just before the half.

The 3rd quarter ended up being a see saw battle for field position that Alabama won as the outscored the Aggies 3 to 0 in the third quarter. With close to 9 minutes left in the 4th quarter Alabama Fumbled and Aggies took full advantage of the opportunity and extend the lead to 29 to 17. But Alabama came right back and made things exciting cutting the Texas A & M Aggies lead down to 5 points with an NFL like 9 play, 94 yard drive that resulted in an Alabama touchdown.

A late interception on 4th & goal from inside the Texas A & M 5 yard line is what actually sealed Alabama’s fate and took away the Crimson Tides bid for a perfect season. But it wasn’t without excitement that went down to a dramatic finish to the last play as Alabama was poised to get the ball back with 40 seconds left.   Texas A & M was in punt formation from their own end zone when the unthinkable happened as the Crimson Tide committed a game ending mental error and were penalized for being offside’s. This   gave the ball back to Texas A& M along with and automatic 1st down. As Johnny football took a knee on the last play of the game Alabama the hears of favorite bettors who wagered on the money line were shocked and crushed.

So Johnny footballs legend continues and Alabama’s hopes for a perfect season will have to wait till next year! The tale of the taper tells the story as Aggies QB Johnny Manziel completed 24 of 31 passes for 253 yards and two touchdowns and 92 yards rushing. His counterpart AJ McCarron completed 21 of 34 passes for 309 yards, one  touchdown and two interceptions. Sports bookies rejoice as the dogs were barking in Tuscaulosa on college football Saturday.  The upset should end up shaking up the college football top rankings just a bit.  As, Oregon, Kansas State or Notre Dame are poised to jump into the number one spot!