THE NFL’S 100th SEASON KICKS OFF FOR REAL 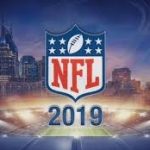 THE NFL’S 100th SEASON KICKS OFF FOR REAL

It’s the kickoff to the NFL’s 100th season and what better way to start than with the Packers and the Bears.  Real head-to-head football, right off the bat. That’s the way to do it!  Both Green Bay and Chicago have fans everywhere.

This NFL season has a feel of anticipation about it like we have all felt in the past, but haven’t really felt for awhile.  There is an excitement in the air.

Young bloods like Patrick Mahomes of the Kansas City Chiefs and Baker Mayfield of the resurgent Cleveland Browns are setting new standards in both levels of performance and on field excitement. Like ‘em or not, they do bring a certain pizzazz to the game missing since Jim McMahon retired from the Bears.

Both of these young quarterbacks have their sights set on nothing less than being the Super Bowl LIV MVP. Of course there are a few other guys with those same aspirations.  What’s different this season is that there seems to be quite a few teams out there with the potential to actually get into the playoffs and win it all in a burst of unified team spirit.

The preseason games were ‘interesting’ but did not show what the real team would look like during the regular season.  What the preseason did provide were a few glimpses of the future when rookies, along with some complete unknowns got their chance to shine with a real NFL team.

Some of those players impressed their way right on to the regular season roster, others were sent away to try again some other day.

Former Duke quarterback, and the number six overall pick in last years’ NFL Draft, Daniel Jones, got a job with the New York Giants, Eli’s team, with the idea of backing up Eli Manning until he decides to retire, a great position to be in, learning from a two time Super Bowl Champion quarterback.

In the preseason games, Jones completed 83% of his passes, scored 2 touchdowns, threw no interceptions and ended with a passer rating of 140.1. It could be time to rethink the Giant’s quarterback situation unless Eli suddenly gets a whole lot better than he has been for the past couple of years.

Bengals rookie quarterback Ryan Finley out of North Carolina State had some outstanding moments during the preseason as well and earned himself a spot on the roster at Cincinnati.

Other NFL preseason rookie standouts were wide receiver Jakobi Meyers, edge rusher Chase Winovich and quarterback Jarrett Stidham, all of the Patriots. Linebacker Devin Bush of the Steelers and edge rusher Josh Allen of the Jaguars both put in solid performances while the Browns Mack Wilson was all over the field defensively eventually resulting in a pick six against Washington’s Dwayne Haskins.

Somewhat surprisingly, the only teams to come out of the preseason without a loss were the Baltimore Ravens, the Buffalo Bills and the New York Giants.  Hardly what we expected, but then some NFL coaches don’t even necessarily play for the win in preseason games.  Better to see what you have, see what will work and see who will be the movers and shakers on the team this year.

So now we have the NFL beginning its 100th season for real and bettors all across the land can finally place their wagers with some kind of an idea of what is going on.  At least be wagering on a team, or a player that they feel they know something about. Oddsmakers can now make much more accurate decisions about how the lines should move now that most of the unknown factors are out of the picture.

Before the first kickoff of the new NFL season, Las Vegas sports books have posted odds to win Super Bowl LIV.  The New England Patriots start the season at 4.5-1, the Kansas City Chiefs at 5-1, the Philadelphia Eagles at 7.5- and the New Orleans Saints at 8-1.  All other teams are in double digits.

It will be interesting to see how these sit after the first 3 or 4 weeks of the new season. Somehow the preseason odds never quite pan out.

So finally, the NFL’s 100th season begins, and it’s for real this time!