THE BATTLE OF LOS ANGELES 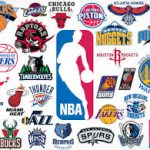 THE BATTLE OF LOS ANGELES

The newly formed professional basketball rivalry in the City of Los Angeles between the long established Lakers and the upstart Clippers is off to a hot start already this NBA season. In the Western Conference the Los Angeles NBA teams are holding down first and third place with the Lakers at 5-1 and the Clippers at 5-2.

For the time being, Los Angeles Clippers and the Los Angeles Lakers share the facilities at the Staples Center in downtown Los Angeles. The Clippers are anxiously awaiting the finishing of a brand new basketball facility, which is currently under construction in nearby Inglewood, not far from where the LA Chargers and the LA Rams will be playing NFL football at the innovative SoFi Stadium, being built on the site of the famous old Hollywood Park Horse Track, sometime in 2020.

Both teams have undergone some significant changes during the off season and the ‘City of Angles’ is ripe with anticipation for homegrown NBA action.

The Lakers traded away some valuable future pieces to get big man Anthony Davis away from the New Orleans Pelicans to team up with LeBron James in hopes that the Lakers will at last achieve the necessary chemistry with the obvious talent they have on the roster to return the team, and the franchise, to its glory days of old.

The Clippers, on the other hand, went out and recruited NBA Finals MVP Kawhi Leonard from the Toronto Raptors as well as All Star journeyman forward Paul George to make up another dynamic duo to take on the mighty Lakers with James and Davis waiting at center court.

The Lakers lost the first game of the regular season to the Clippers 112-102, but then won their next 5 games in a row to lead the NBA West.  After defeating the Lakers in game one, the Clippers went on to beat the Golden State Warriors 141-122 in game two.  Their only losses so far were to the Utah Jazz and the Phoenix Suns.

But the Lakers have not lost since opening night and look to be among the strongest teams in the NBA with LeBron James starting to look like LeBron James again and Anthony Davis living up to expectations, and then some.  Davis put up 40 points with 20 rebounds against the Memphis Grizzlies.

Kawhi Leonard of the Clippers waited until the fourth quarter to extract revenge on the Utah Jazz, which had beaten the Clippers just two weeks before the November 3rd meeting.  Leonard put up 18 of his 30 points in the 4th quarter to cap off a 105-94 victory over the Jazz.  No discussion of NBA’s MVP candidates for this year is complete without Kawhi Leonard.

The NBA has planned a very special Christmas gift for Lakers and Clippers fans as the next time the two teams meet will be on December 25, Christmas Day at 6 pm EST.  In fact the NBA will be presenting 5 games on Christmas day beginning with the Boston Celtics hosting the Toronto Raptors at 10 am, then the Philadelphia 76ers visit the Milwaukee Bucks at 12:30pm.

That game will be followed by the Houston Rockets hosting the Golden State Warriors at 3 pm, then the aforementioned Lakers-Clippers clash at 6 and then finishing off down in New Orleans at 8:30 pm when the Denver Nuggets come to the ‘Big Easy’ to take on the Pelicans, who will hopefully have Zion Williamson back on the court by that time.  That should be enough basketball to satisfy even the most diehard NBA fan for one day.

Currently Las Vegas oddsmakers are listing the two Los Angeles NBA teams as the two favorites to win the 2019-2020 NBA Championship with the Lakers leading at +150 and the Clippers right on their heels at +200.  It will be interesting to see how this season plays out for both these talented teams.