NFL PRE SEASON QB ROUND UP 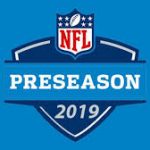 NFL PRE SEASON QB ROUND UP

After two weeks of preseason games by NFL teams one theme seems to dominate; DON’T GET HURT!  Everyone seems to be on the same page with that, and why not?  Why risk a senseless injury during preseason play when which team wins or loses the game doesn’t even matter when all is said and done.

More importantly, coaching staffs are taking this opportunity to see exactly what it is that they have got to work with for the upcoming high season when championships are on the line.  Third string and even practice squad players get what could be a once in a lifetime chance to prove themselves on the big stage in front of a national audience.

It happens every year that some previously under evaluated young player will take to the field during a preseason game and make such a positive impression during a short period of time that it would be unthinkable to leave that player off of the regular season roster.

Then there are the guys that the coaches have been sort of holding back a bit; playing their cards close to the vest as it were.  They sneak these players in when no one is expecting and cause a veritable sensation on the side lines and in the press boxes when that player demonstrates what he can really do.

Taysom Hill for the New Orleans Saints is such a guy.  It’s nothing really new.  He got on the field a good bit last year as Sean Payton’s ‘Swiss Army Knife’; meaning that Hill is a high quality multi-purpose tool.  Even with Teddy Bridgewater holding down the number two quarterback position for the Saints, Taysom managed to bring the Saints from behind against the Los Angeles Chargers scoring two passing touchdowns while throwing for 136 yards and rushing for an additional 53. Not bad for a third string QB.

The San Francisco 49ers still have high hopes for quarterback Jimmy Garoppolo, the former back up for Tom Brady in New England, even though he missed most of 2018 after leaving during game three with what turned out to be a torn ACL.  Garoppolo had a bit of a rough start in his first preseason game against the Broncos only completing one of six passes and throwing his first interception of the season. 49ers fans are hopeful that this will be their quarterback of the future after going on such a long drought since Joe Montana reigned supreme.

Number one overall draft pick of the Arizona Cardinals Kyler Murray is still having a tough time making the transition from college to professional football. Although he looked good at times, the hand clap signals that he used so effectively in college at Oklahoma, have brought him nothing but grief and false start penalties. Old habits may be hard to break but young Mr. Murray had better break this one and quickly if he expects to make it in the NFL.

Elsewhere the Giants Eli Manning continued at quarterback while New York’s number six draft pick, Daniel Jones, continued to sit on the bench. The Cleveland Brown’s second year quarter back Baker Mayfield, despite showing exceptional abilities on the field, does not seemed to have learned when to keep his mouth shut now that he is no longer the ‘big man on campus’.

Some NFL head coaches, like Sean McVay of the Rams, didn’t even bother to bring many of their starting lineups to the preseason game in Hawaii against the Cowboys.  The Rams lost that game. It’s understandable not to go all in on preseason games, but, professional football teams should at least be seen making an effort for their fans, or be seen as mocking the entire preseason process.

On the other hand, major sports books in Las Vegas and elsewhere are reporting record breaking wagering on preseason NFL football this year with some high rollers placing 10 and 20 dime wagers on the games.  This is mostly due to the increased amount of information available on the new players coming into the league and reliable insider information on the status of the individual teams during their preseason practices.

While there is talk of eliminating one of the four preseason games in favor of an expanded playoff scenario, it is still just talk at this point and the NFL preseason ‘is what it is’.