Home » Gambling News » Legal Online Poker: “Deal Me All In,” Across the USA

Legal Online Poker: “Deal Me All In,” Across the USA 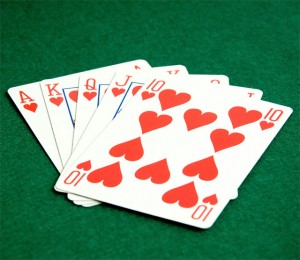 The U.S. department of justice sent shock waves through the gambling world when it announced on Dec.23, 2011 that it was changing its opinion of the federal Wire Act of 1961. Ears pricked up across the nation as they announced a move towards the legalization of online poker on a state by state basis. The reinterpretation of the Act would mean that it does not apply to online gambling such as poker or lottery ticket sales, but instead, would apply only to sports betting.

Experts from around the world immediately chimed in to tell people in the U.S.A. not to get too excited about the reversal of opinion. For starters it would take at least 2-3 years to put together a gaming software system that will ensure all taxes, fees, rules and age requirements are adhered to by users. Las Vegas and the state of Nevada offered to act as the regulating body for the nation but there is no word from other states on their approval of the offer. States will most likely have to get a broad based approval between them on how online poker will be regulated as they will likely work together to build a large network. Everyone involved expects a long, drawn out litigating process while every state figures out how they’re going to get their cut of the proceeds. The United States government currently loses billions of dollars every year to offshore gambling companies.

How Will Legalized Gambling Effect Bookies?

The good news is that bookies are not going to have to worry about sports betting being offered online by their state anytime soon. The reinterpretation of the Wire Act specifically maintains the segregation of sports betting and sportsbooks into a separate category. Even if they Feds were to eventually wake up and allow U.S. citizens to bet on sports, they will likely offer odds and betting options that will infuriate the players. Canada is an example of what happens when the lottery corp. starts offering sports betting, a simple straight bet on a game is impossible as the minimum bet is a two team parlay that pays even money. If you want to bet the money line you have to parlay a minimum of 3 teams with over-priced, set odds. If this wasn’t bad enough there are a host of player privacy issues and mandatory limits that most people will not want to abide by.

In short the government will continue to gouge their citizens with another form of voluntary taxation and any gambler who knows what the true odds are will continue playing with his local guy. Any good price per head office, which offer outsourced wagering services to bookmakers, will be able to help their clients maintain their edge over both their players and Uncle Sam.