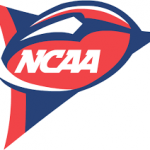 We finally got a full weekend agenda of college football and while the big marquee games were great, there were just too many of the typical early season ‘Bambi vs. Godzilla’ games that the powers that be still seem to think are viable.  However, real football fans are getting pretty tired on them.

Even if you are from one of the small colleges playing a major powerhouse, and receiving lots of money in addition to the national television exposure, the games themselves are lackluster and often downright embarrassing for the little guys.

It couldn’t be a whole lot of fun either for the players on the winning team to defeat a team that quite obviously can offer them no real competition.  Even nationally ranked teams like to start off the season with what are known as ‘cupcake’ games, but it’s getting a bit out of hand when they start with 3 ‘cupcakes’ in a row.

When the point spread gets to be over 25 points or so, one begins to wonder ‘what is the point?’.  Point spreads of 45 & 55 points are ridiculous and wagering on them amounts to pure speculation, like throwing the dice.

The two big college games were hard fought and good games. Texas A&M put up a valiant show against the defending FBS champion Clemson Tigers.  The Aggies, coached by ‘Jimbo’ Fisher, are a good football team and should rank high in the SEC standings this season, even though they will close with LSU.

A late touchdown by Texas A&M closed the winning gap to 14 points, sadly for the bettors who backed Clemson, the spread at kickoff was 16.5.  They almost had it, but, such is the nature of wagering on college football.

In 2018 the Aggies played the Clemson Tigers to a nerve racking 28-26 final score.  Clemson didn’t cover that one either.  But Clemson in the ACC has a much easier go for the rest of the season than do their SEC counterparts and they will no doubt be double digit favorites most of the way.

Clemson gets to play previously ranked #21 Syracuse, a team which was trounced by Maryland last week, in the ACC next week while the Aggies will be taking on Auburn, Arkansas and Alabama in coming weeks. It’s just not the same.

The great state of Texas once again took center stage as the Bayou Bengals from LSU came into Austin to take on the University of Texas under highly touted head coach Tom Herman.  Both teams ranked in the AP Top 10 with LSU at number 6 and the Longhorns at number 9. I figured to be a great contest, and it was.

The entire first quarter went by with only one 3 point field goal from LSU, but, before it was all over, the two teams would put up 83 points with the Tigers coming out on top by a final score of 45-38. LSU won by 7 points covering, barely, the 6.5 point spread.  What a game!

The biggest upset of the day came with North Carolina, which came in at +6 managed to defeat the University of Miami.

Really now, how much longer will these silly lopsided games be allowed to go on?