Bringing Down The House 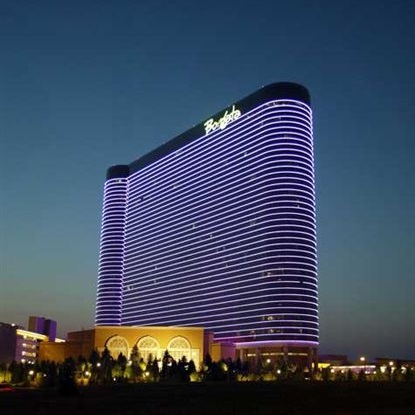 If you are in the bookmaking business or even thinking about going into the bookmaking business, be aware that there will always be sharks circling close by awaiting any opening to gain the upper hand. They call them ‘advantage players’ and they travel all over the planet looking for places to place their wagers where they are assured somehow, of having some sort of an advantage.

Back in the old days there was a famous Blackjack game down on the island of Puerto Rico where many American players went to play and to gamble. Slowly but surely the word got out. The dealers at that particular casino let you cut the cards thin, as few as 13 cards. The vast majority of casinos wouldn’t let you do that but this was not a tightly run ship. The dealers were a bit sloppy, the play a little too loose, and the sharks began to circle.

‘Advantage players moved in and funds were paid out. It was a natural, a great find for the time. One of the guys on the famed MIT team of card counters, Jeff Ma, explained, “So you could cut thin and know definitively what the 13th card in the next shoe was. There was a group of guys from my group that went down there and just crushed it.”

This was the same group of whiz kids that were the original inspiration for the movie ‘21’ which was based on the bestselling book Bringing Down the House by Ben Metric. They started out doing it as an academic exercise and ended up cashing in at casinos around the world.

There is a now famous story in wagering circles about the old pro Billy Walters who contracted a bunch of guys to go around Atlantic City and track the spins on different Roulette Wheels around town. The information that this group collected pointed to a particular wheel at the Golden Nugget that showed a definite propensity for the numbers 36, 27, 20, 10 & 7.

Walters flew into town and hit them up for almost four million bucks before the casino finally cried uncle. It took two days to do it, but they were very profitable days.

Now world famous poker pro Phil Ivey is being sued by the Borgata claiming that he cheated at Baccarat for twenty million. Depending on how you look at it, Phil Ivey has either pulled off one of the great casino scores of our time or… he has done something that crosses a line that should not be crossed, for the good of us all.