Online Gambling on iPads’ is the new craze!

Posted on October 12, 2012 by admin in Bookmaker Advice 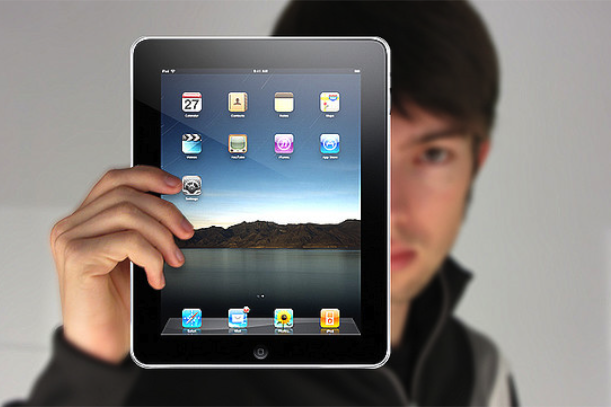 Duke University is claiming to be the first college basketball program to step into the playbook future and that’s pretty cool. I suspect others to not be that far behind. In fact, Michigan beat them to the punch. But no matter who was first, iPads have arrived at big time NCAA and Professional Sports.

The use of iPads for sports teams isn’t totally new fangled — many pro football teams made the switch a couple of years ago — but for college hoops, it’s certainly unfounded territory up ’til now. That’s primarily because iPads cost a lot of money and there’s liability here. You’re dealing with 19-year-old college kids who misplace things as often as they forget to set a screen.  However, Duke is loaded. They are one of the most financially secure schools in the country and can certainly afford the risk. We wonder how effective the move will be. The 64 GB version of the “new iPad” will provide players with practice schedules, scouting reports and stats from games and practices. They’ll also be updated with video content from practice and games, as well as clips breaking down players’ tendencies and what to expect from opponents.

“The Duke Basketball Program is always trying to equip our players and staff with the very best resources, and the introduction of the iPads is another step in that direction,” Associate Head Coach Steve Wojciechowski told GoDuke.com “This new technology will help all of us work more efficiently and productively, while communicating at a higher level. We are very excited to involve the iPads in our day-to-day operations, evaluating our scouting, video analysis, and schedule and game preparation.”

Duke is one of college basketball’s most historically successful programs. Besides adding convenience, the new player iPads will help the Blue Devils impress recruits in the ever-escalating college sports arms race for talent, luxury and cutting-edge technologies.

Does the iPad help in recruiting? We can’t help but think it does. While Duke can use it as a learning device, it’s also basically a shiny toy. You get recruits on campus and they see Quinn Cook is attached to this thing; it’s got to be a nice little extra nudge their way. The iPad has become more integral in the coaching experience in the game, too. While on the trail this past July, we talked with a number of coaches who were splitting time between watching the game and keeping notes on their iPads. Apple’s marketing brilliance extends far beyond the common man: even college programs are finding ways to make this tablet necessary to the job.

The common man has also begun making extensive use of the iPad type devices as Internet Bookmakers who are working with Price Per Head Services are providing real time wagering and reporting options to their clients for all college and professional sports.

The special effects department is coming right along!