Home » Bookmaker Advice » Bookmaking Has Certainly Changed Thanks To Per Head Shops!

Bookmaking Has Certainly Changed Thanks To Per Head Shops! 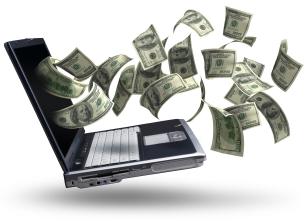 In the not so distant past in any town USA, gambling on sports, betting the ponies, or betting the numbers were mostly all controlled by a local neighborhood wise guy, aka. a bookmaker.

These local bookmakers were normally well known and respected members of the local community who had their own little corner of the local gambling market from within his designated area.

The local bookmaker was also the guy who was always there for you in a pinch with that emergency short term high interest loan, but once again behind the scenes it was normally the mafia who were the real loan sharks as the bookmaker was once again simply the front man.

Payouts and collections in those days were normally handled by the local bookmakers themselves up until the time when either the payout got to large or collecting a debt got difficult and that’s where the mob happily took over and flexed their muscle making sure that those who attempted to cheat, stiff or slow pay the bookmaker, or come to him with a story were dealt with quickly, directly and firmly!

Bookmaking has changed drastically over the last decade mostly due to offshore per head shops. Now thanks to these turnkey bookmaking solutions bookmakers don’t have to have a cousin Vinnie nor does their name need to end in a vowel to book the local action! Nor do they have to give up a piece of the action to the mob as their presence has faded across the USA. The new age online bookmaker has taken the profession by storm and to another lever all thanks to offshore pay per head shops. For today’s bookmakers the risks are limited and the rewards are maximized. In short there has never been a better time to become a bookmaker!