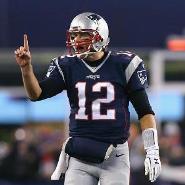 The New York Jets, losers of four straight games, host the New England Patriots who were idle last week after losing to the Tennessee Titans in week 10.

The Patriots, who have won four straight games against their division rival, will look to get back on track with a win against a Jets team that last week was routed 41-10 by the 2-7 Buffalo Bills in this very stadium.

For the Patriots to achieve their eighth win of the season they will have to start strong, given the fact that they have at times struggled to that on the road this season.

Although the Jets have all sorts of problems and are thoroughly outmatched skills-wise, the Patriots can’t start slowly because the Jets may find a way to come alive and believe they can actually win this matchup.

Despite the Jets losing streak, they can’t be counted out because division games on the road can be very tricky as the records can often be tossed out the window and the weirdest things tend to happen.

The Patriots, winners of two straight at MetLife Stadium, will look to avoid getting in that kind of situation by using a balanced offense that won’t rely as much on quarterback Tom Brady attempting 40 or more times.

This season the Pats were most successful offensively in weeks four through six when Sony Michel was carrying the ball about 20 times or more and rushing for about 100 yards each week. They have to return to that to make sure the Jets don’t pull a huge upset here.

The Pats would do wrong to overlook the Jets as they’re always a tough match for them at MetLife Stadium. In fact, their last five games in East Rutherford have been decided by six points or less with the Pats winning three of them.

Although this battle may not end being a Patriots rout, don’t expect the Jets to win. The Jets could end up making it interesting with perhaps another game decided by a touchdown or less, but the Patriots should prevail.