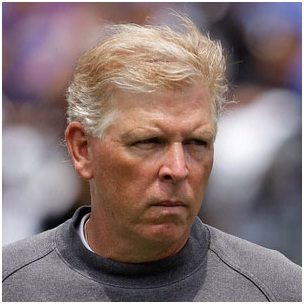 After spending 11 years coaching in the NFL, Cam Cameron is going back to school. While many college coaches dream of landing a job in the NFL, those who have been there know that it is not all the “land of milk and honey”. It’s tough up there in the big leagues. Long, lazy days spent among the ivory towers of a college campus could start to sound very attractive again after a season of getting battered in the NFL.

Cameron and LSU head coach Les Miles…aka, the Mad Hatter…have a history together as they both coached at the University of Michigan at Ann Arbor back in the late ‘80s’ and early ‘90s’ where they developed a close friendship which obviously has endured to this day. Cameron left Ann Arbor in 1994 to become the quarterback coach for the Washington Redskins where he stayed for two years before returning to the college ranks to take over the helm of his old alma mater, the Indiana Hoosiers.  He remained at Bloomington until 2001 before going pro once again.

After leaving Indiana, Cameron became the offensive coordinator of the San Diego Chargers until he was offered the head coaching job with the Miami Dolphins in 2007. His record as an OC is much better than his record as a head coach.

In 10 full seasons as OC at San Diego and Baltimore, Cameron racked up a winning percentage of over .600….that’s 100-57 in the regular season.  That makes him one of the winningest offensive coordinators in NFL history. 100 victories in 10 years adds up to 10 wins per season over a ten year period.  Not too shabby.

LSU ranked 85th in the FBS in total yards per game, averaging only 374 yards a game in 2012.  With the wealth of offensive talent, including at least 5 really good tail backs, that record is just not good enough to keep a coach employed down in Baton Rouge for very long.  Last years’ OC, Greg Studrawa, will remain with the Tigers handling strictly the offensive line duties.

LSU is one of the most intense football venues in the country.  The avid fans there will embrace a winning coach and make sure that he gets all of the Gumbo, Jambalaya and Étouffée he needs to keep up the good work.  Good Luck, Cam!