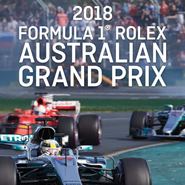 This Sunday, Melbourne hosts the opening round of the 2018 Formula One season, the Australian Grand Prix, with Mercedes and defending champion Lewis Hamilton arriving as early title favorites, following a what was a very impressive and ominous preseason.

Ferrari, with Sebastian Vettel and Kimi Raikkonen, will be Mercedes’ main nemesis and rival for the title. They will look to build on the early success they had last year and the good preseason tests they ran this year to stop Hamilton from winning his fourth championship in the last five years.

The Australian Grand Prix has become one of the high points of the calendar not only because it’s a street circuit with a 16-turn layout that stretches 3.3 miles, but because it’s the first race of the year, and has fans and drivers alike brimming with a lot of anticipation and excitement for the start of a new season.

Following a difficult preseason Fernando Alonso has recognized that although McLaren right now is not at the level of Mercedes, Ferrari, and Red Bull, they could be there in a couple of races and be on track to deliver better results than last year, which was disastrous.

Now that they are using a Renault engine, McLaren is expecting to compete with Red Bull for the third place of the teams’ championship, but after their dismal 2017 campaign, many experts doubt that they can reach or maintain that level all year long.

Everyone loves competing in Melbourne because Albert Park because it’s a very challenging circuit with a first sector that is very fast and very narrow, while the second sector is very hard and very rewarding for a driver to get right as it’s open with some fast, sensational corners around the back of the lake.

The last sector requires a lot of the drivers and a lot of the car in terms of balance and setup so it’s a very demanding circuit.

Rain is expected this weekend at Albert Park for Saturday, but conditions could improve for the race on Sunday.