Betting On The Chicago Blackhawks Current 11 Winning Streak Has Been Exciting! 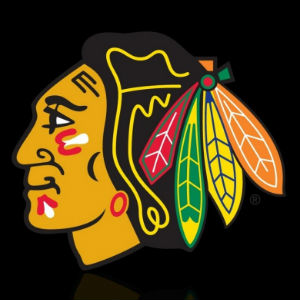 Betting on NHL Hockey is becoming more and more popular each NHL season and 2013 season is no different. The 2013 Chicago Blackhawks are off to a magical start this NHL season as they are currently riding an amazing 11 game winning streak! For betting purposes the Chicago Blackhawks are the currents odds on favorite to with the 2013 NHL Stanley Cup.

The Blackhawks are also on a point streak where they have gotten at least one point within the last 30 games dating all the way back to last season. The Chicago Blackhawks have offshore bookies, hockey bettors & Las Vegas odds makers currently scratching their heads as they are still undefeated in regulation nearly halfway through this year’s shortened NHL season.

The fan support for the Blackhawks has also been amazing as the United Center has been renamed the Mad House on Madison. The Blackhawk merchandise sales are up over 80% over the last month and Jonathan Toews & Patrick Kanes jerseys are currently the best selling jerseys in all of NHL Hockey!

Tonight the Chicago Blackhawks are facing the Colorado Avalanche for the second time within three days. According to offshore bookies the Blackhawks are a -140 road favorite for tonight’s game which is being held in Colorado and if their last meeting is any indication tonight’s game  should be filled with excitement and could go either way! The only question is do the Avalanche have what it takes to break the streak?